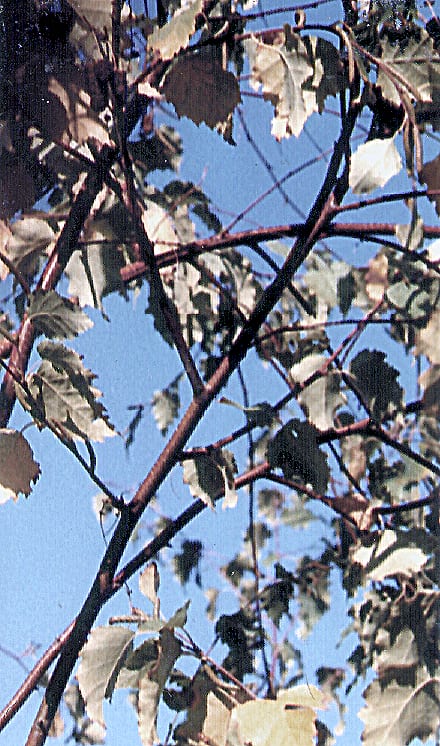 All birch are suseptable.

Found throughout United States and Canada.

There is a Progressive browning of foliage and dieback of twigs and branches from flattened, sunken, swollen and discolored cankers. Diseased bark on branches red-brown, dotted with cupped, black fruiting bodies.