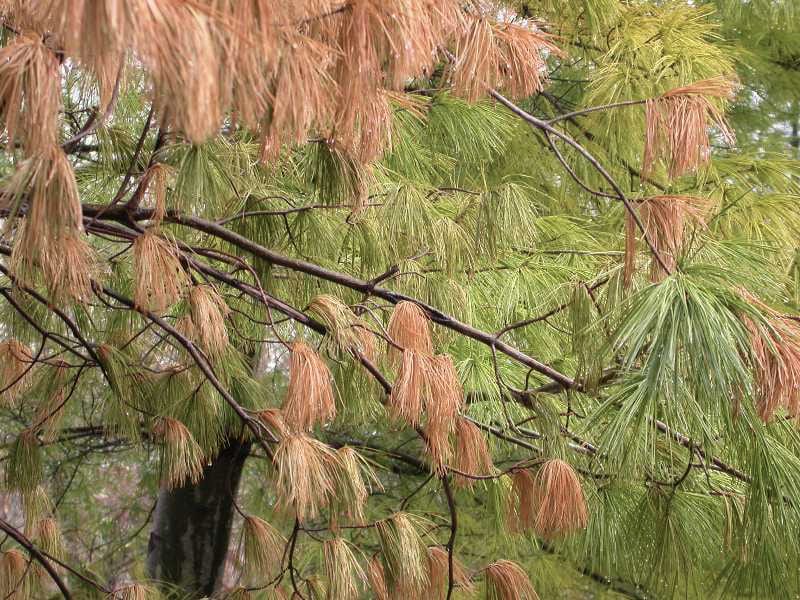 White pine root decline is a serious disease on pines for a number of years before the causal agent was first described in 1962 as Verticicladiella procera.
The genus Verticicladiella belonged to a complex of morphologically similar genera known as the Leptographium-complex. The genera Leptographium and Phialocephala also formed part of this complex.
The three genera in the complex were distinguished on the basis of their respective modes of conidiogenesis.
Species in Leptographium were characterized by annellidic conidium development, whereas species in Verticicladiella and Phialocephala were characterized by sympodial and phialidic conidium development, respectively.

Disease symptoms caused by L. procerum have been described under several different names. The first of these was White Pine Root Decline, which occurs on Pinus strobus and in Christmas tree plantations where it can reach epidemic proportions.
This disease was also known as Leptographium root decline, white pine wilt and white pine root disease before it was suggested that the name Procerum root disease should be used.
Red pine decline disease on Pinus resinosa has also been attributed to L. procerum infection.

White pine root decline was first reported in eastern USA and L. procerum was later found to be consistently isolated from diseased trees. However, the role of the fungus in causing this disease has been a matter of considerable debate. The disease is commonly referred to as a root decline but in most cases manifests itself as a wilt  The symptoms of the disease are similar to those caused by infestation by the root-collar weevil (Hylobius radicis), for which it can be easily mistaken.