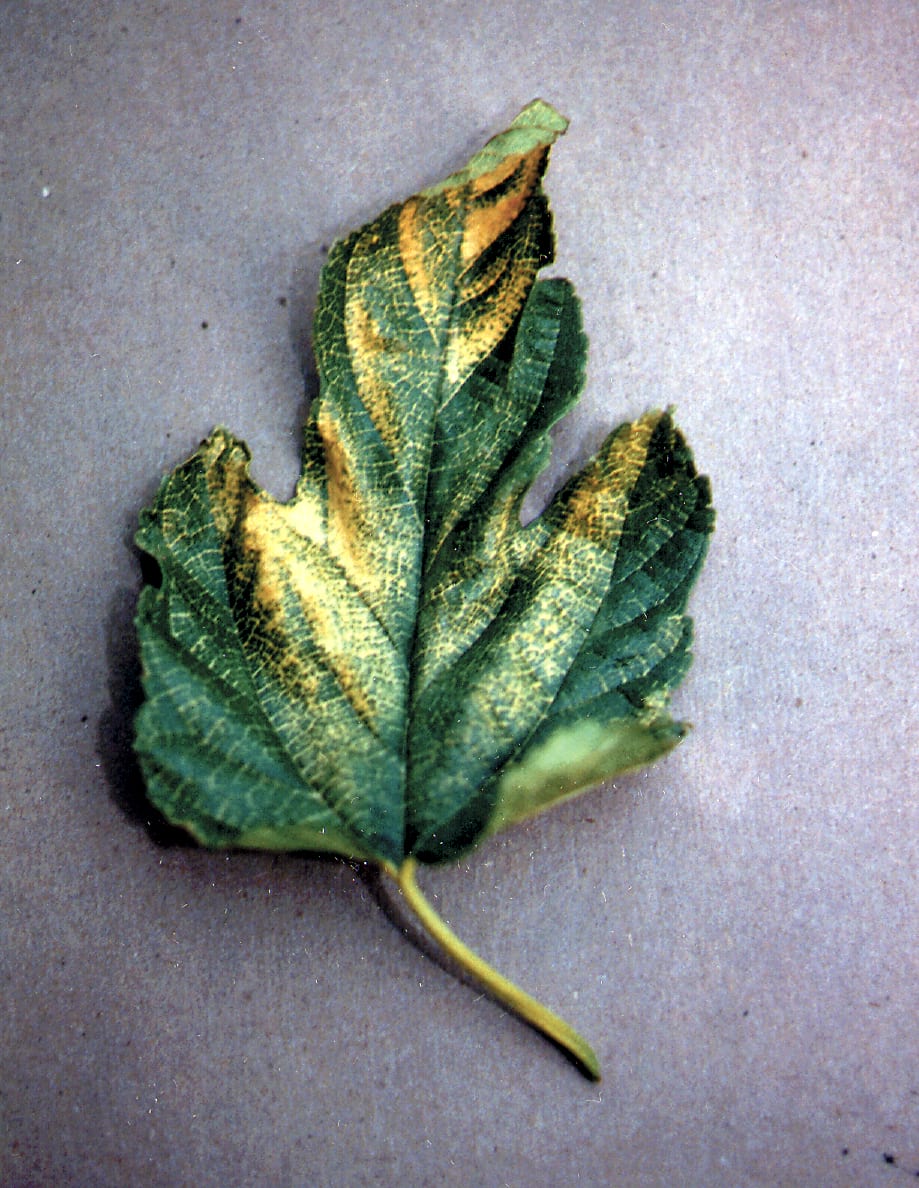 Manganese is found as a salt in the soil.
Manganese serves with iron in the manufacture of chlorophyll.  It may also aid in nitrogen assimilation and synthesis of protines.  A deficiency of manganese also disturbs carbohydrate metabolism, and results in chlorosis and retarded growth.
Broadleaf Symptoms:
Leaves are often chlorotic with wide green bands along their veins with necrotic interveinal pots appear and the leaves may become limp. Shoot growth stunted. Fruits are often smaller than normal.
Conifers Symptoms:
Are similar to symptoms of iron deficiency with new growth being stunted and chlorotic. Older needles and the lower crown will remain green.