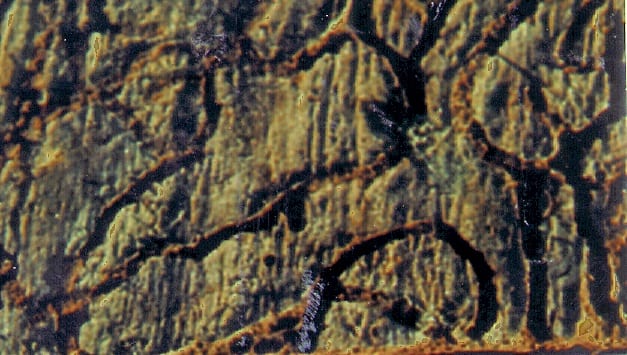 The larvae are White and curved, the size of a rice grain; feed in inner bark, working away from egg gallery 1/2 in. before turning into outer bark, where they pupate.

Adults are Dark brown to black, 1/8-1/5 in. long. Egg galleries are winding, crossing and recrossing, forming network of irregular markings on inner surface of bark and on surface of sapwood.

Favored by Drought, fire and other injuries, nutrient deficiencies, overcrowding, disease and windfalls.

Bleeding holes in bark like “buckshot” holesare easily noticed if looking closely and discoloration of crown from light greenish-yellow to red. May kill apparently healthy trees of all age classes with bark sufficiently thick to protect insect in its development; trees under 6 in. dbh seldom attacked.

Their flight starts late in spring or early summer, continuing until stopped by cold weather. One to two generations annually in northern range, and 1 1/2 – 4 in southern range where activity continues throughout the year.