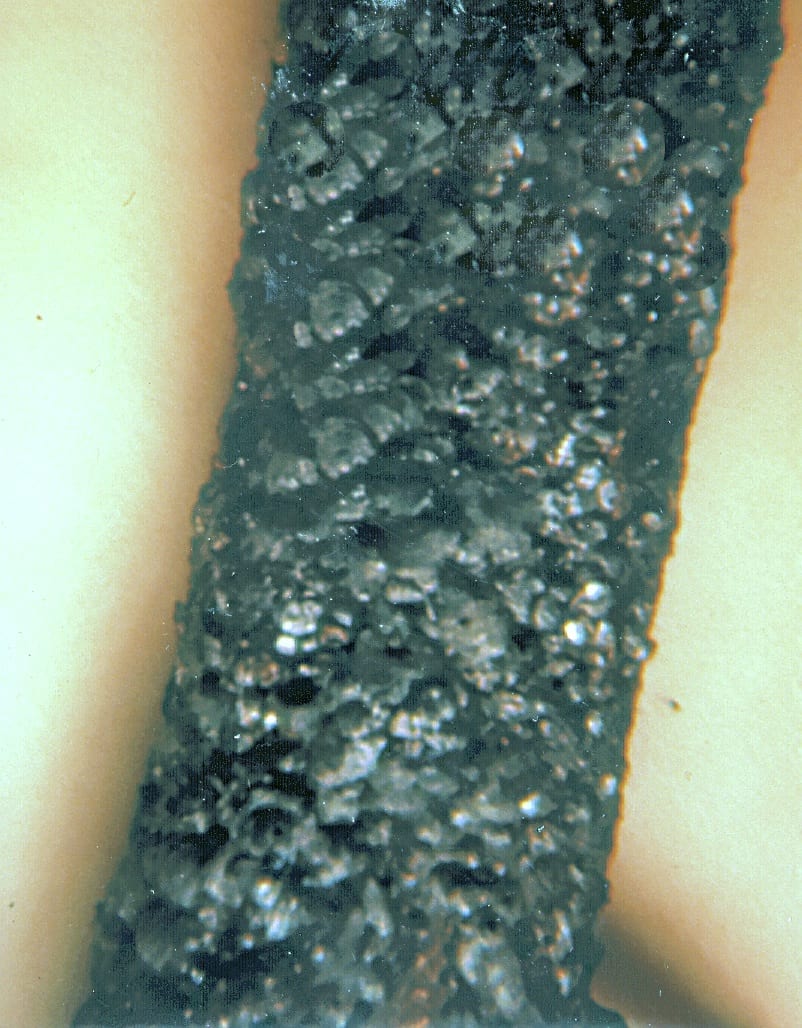 The adults are pproximately 1/25 in. diameter with gray to tawny, clustered, forming layers of individuals as they enlarge. Sometimes a black nipple in center.

The crawlers are yellowish-orange and often gather under layers of adults. The nymphs shed mouthparts and legs after starting to feed.

Found in the United States: Mid-Atlantic and Southern states and California.

The adults on red oak complete growth in mid-July; a month later on white oak. Males and females on pin oak overwinter until early May, when they begin to mature. Eggs laid in early July, with decreasing quantity until early September. Crawlers are most abundant with a second surge in August. A single generation occurs each summer.