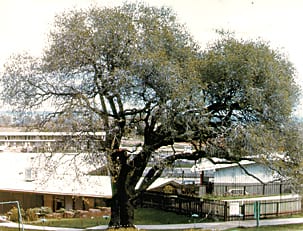 The adults range in size from 0.25 mm. – 1.0 mm  and vary from pale yellow and pale green to dark green and red. Size, color, host, and location on plant must be observed for proper identification.
Practically all broadleaf plants are susceptible to one or more species of spider mites.
They arte found to be worldwide with some species limited by host ranges.
A dense plantings  of favorable hosts induces rapid spread. Dust on leaves also favors rapid infestation. Activity greatest at temperatures between 54∞-100∞ F.
Fine flecking or stippling of foliage followed by chlorosis can be seen. Entire portions of leaves may become yellow or bronze. Many species form webbing on undersides of leaves.
All spider mites have basically the same life cycle. Most overwinter as eggs on foliage; a few overwinter as adults in bark crevices. Spring hatching with warming weather leads to the six-legged larval stage, progressing through several nymphal stages to adults. Many generations develop during a single season,  with a generation repeating in from  7-10 days. Mites may increase during the summer heat, depending on the species.

They are usually dark red, but may be dark green; legs and front of body buff or tan; young mites lighter, with most coloration due to food or waste material in body; coloration most pronounced just prior to molting in young nymphs and mature adults.

Found on most conifers including arborvitae, chamaecyparis, Douglas fir, hemlock, juniper, pine, spruce and occasionally, coastal redwood and are found throughout United States and Canada (O.ununguis). Other species in the western U.S.

Infestation may become epidemic in monocultures of host trees. Hot, cool or dry  conditions, depending on species.

The stippling of needles resulting from feeding punctures and the foliage becoming silvery, yellow, then brown. Inner mature needles showing first damage. Webbing may be abundant, the strands catching dirt, are sparse. Positive evidence of mite presence by shaking a branch over some white paper: tiny flecks which move indicate presence of mites.

Conifer spider mites overwinter as eggs on foliage and twigs; eggs hatch in March or April, depending on climate. Repeated generations with new needle growth; activity reduced with onset of hot weather or when most food material in tree is exhausted; renewed activity with cooler fall weather. During hot weather, adults are dormant or only slightly active. Migration from tree to tree by adults riding on windblown webbing.